The BayLands FrontRunners are fortunate to be able to hold their weekly Saturday morning run and walk in the Palo Alto Baylands Nature Preserve, partially shown on our trail map. The Preserve encompasses 1,940 acres in Palo Alto and East Palo Alto and is owned by the City of Palo Alto as a result of a series of land acquisitions from 1921 to 1958.  Following a history of twist and turns, it is the largest tract of undisturbed marshland remaining in south San Francisco Bay.

When Spanish explorers led by Gaspar de Portolá first came upon San Francisco Bay in 1769 and camped along San Francisquito Creek, the salt marshes of what we know as the Baylands extended inland to today’s Bayshore Freeway (101) and even further inland in some locations.  The marshes provided Native Americans and early city residents with a variety of resources: fish, shellfish, small mammals, waterfowl, plants for food and medicine, and construction materials.

At the beginning of the 20th century, portions of the marshland were used by private contractors and the City of Palo Alto for waste disposal. Excess waste and residue from the burning of Palo Alto’s municipal garbage collection was used as fill for the expansion of Embarcadero Road into the bay lands, with the City purchasing 40 acres of bay lands for refuse and sewage disposal in 1921.  In the late 1920s, levees were constructed to re-route the San Francisquito Creek northeast of its original flow into the Bay. In the 1930s, both refuse disposal and water treatment were moved into the bay lands with the construction of a sewage treatment plant in 1934. Filling in of the marshlands with waste disposal continued with the city implementing a sanitary waste landfill operation in 1954; a recycling center was introduced in the late 1960s followed by a trial composting drop-off program.

By 1928, the harbor in the bay lands that served in the 1800s to transport goods and people to and from San Francisco was transformed into the Palo Alto Yacht Harbor to accommodate local boaters.  In 1930, John Byxbee, Palo Alto’s City Engineer, submitted plans for developing the bay lands into a park and recreation center complete with a municipal airport, yacht harbor and clubhouse, swimming pool, golf course and other amenities. Dredging of the yacht harbor produced landfill that further filled in the marshlands to construct the Palo Alto Airport in 1934 and later a golf course in 1955.  The Sea Scout building (aka, “the boathouse”) at the harbor was dedicated in 1941.  An attempt in the 1950s to make the bay lands a State Park failed because there were no sandy beaches and too much pollution. In 1965 Palo Alto designated the city-owned bay lands as parkland.  In 1968, the City officially named the parkland the John Fletcher Byxbee Recreation area, although today it is more often referred to in city publications as the Palo Alto Baylands Nature Preserve.

After years of encroachment on the marshlands, a step up in efforts to conserve the remaining marsh began in reaction to a $30 million private business development plan introduced in the 1950s consisting of condominiums, a hotel, and a marina, but no marsh.  In particular, the tenacious efforts of three women who cared about what was being lost were instrumental to conserving the remaining ecosystem.

•  Lucy Evans, a former local school teacher and member of the Audubon Society, fought to preserve the bay lands with such determination that she earned the title “Baylands Lucy”. The nature center building (aka “birdhouse”), which opened in 1969 was renamed the Lucy Evans Baylands Nature Interpretive Center in 1978.

•  Harriet Mundy became aware of the bay lands in 1959 when advised to walk in order to recover from a fall. In 1960 she was spurred to circulate petitions that resulted in the City Council stopping business development plans until a Baylands Master Plan was developed. The naming of the Mundy Marsh recognizes her perseverance and devotion to the marshlands.

•  Emily Renzel, a former Palo Alto City Council member, was recognized for over 20 years of efforts to preserve the Baylands in the naming of the Emily Renzel wetlands resulting from a restoration project completed in 1992 that enhanced the salt water portion of the wetlands with bay water and created a 15-acre fresh water pond.

In the 1990s, consistent with the shifting focus toward preserving the Baylands, the City of Palo Alto transferred its garbage disposal to Mountain View and Sunnyvale where it is sorted for recyclable materials.  While Palo Alto’s water treatment plant remains, the landfill operation in the Baylands was closed in 2011, followed by the closure of the recycling center and composting facilities in 2012.  The former landfill site has been re-landscaped with trails open to the public. The City named it the Byxbee Park Hills; it also serves as a park for outdoor art. From atop this former landfill, one has a fine view of the Bay northward to San Francisco and southward toward Moffitt Field and beyond.

The refocus on preservation is reflected in scaling back of Byxbee’s recreational plans.  Problems with the siltation of the water had by the 1940s already led to the conversion of the swimming pool into the Duck Pond. The Yacht Harbor, where Byxbee once envisioned landing seaplanes, closed in 1986 due to excessive siltation and the cost of dredging; it has returned to a tidal marsh, while the Sea Scout building has been refurbished and repurposed as a center for ecology education.

Picnic tables remain for visitors to sit and enjoy the scenery and wildlife. The Baylands FrontRunners made a modest contribution to this part of the Preserve in 2002 by designing and constructing a trellis with benches in the picnic area.

Today, the Baylands Nature Preserve contains 15 miles of multi-use trails for human visitors, while providing habitat for numerous species of plants and animals, including the endangered Ridgway’s Rail, a marsh bird, and salt marsh harvest mouse along with several breeding pairs of gray fox. 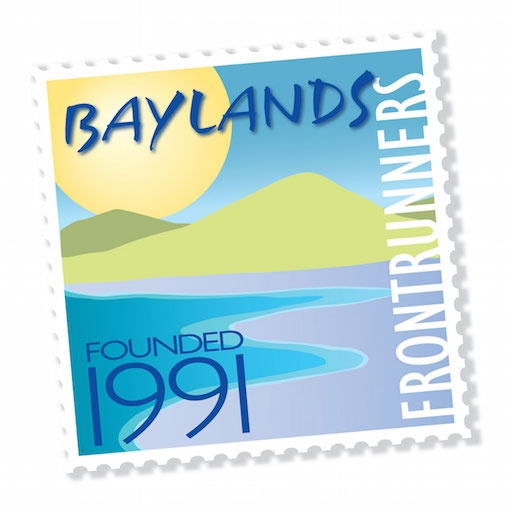